Explore the dark and neon-filled environment of Gamedec’s Low City, thanks to a new video from this story-driven, cyberpunk-themed, adaptive RPG.
Put on your trench coat and immerse yourself in the dystopian, futuristic universe of Gamedec. Discover what Low City is really like and what role it will play in your life as a XXII-century detective. Learn about the approach that Anshar Studios took while creating this alternative reality and find out more about the inspirations that led the author of the Gamedec saga to such design choices. Watch the first development diary of this extraordinary, story-driven RPG, and remember that you are the sum of your choices in Gamedec.

Warsaw City, where Gamedec takes place, isn’t officially divided into districts, but everyone knows if they’re in the upper, middle, or lower part of town. The inhabitants of these three areas have completely different qualities of life. In today's video, Łukasz Hacura, an executive producer from Anshar Studios, together with Marcin Przybyłek, author of the Gamedec saga, explain the complexities of Low City. Watch the video and transport yourself to a place where natural light does not reach.

Low City is a place where, even on a sunny day, it’s so dark you can’t get by without artificial lighting. It’s where apartment prices plummet, Public Transport Tubes terminate, and aurocar stops start to show up.

The lower you get, the lower the population becomes. At the very bottom, called RoU (Roof of the Undercity), you can find both deserted places and areas bustling with life.

If you stand on the lowermost walkway of Low City and look 150 meters down, you will see the mist and dust-covered ruins of Old Warsaw. That’s Undercity. Inhabited by savages who rejected civilized life and nasty creatures like poisonous bats or toxic, mutant rats. Low City is protected from those oddities by MG buoys. Whenever they detect a bat approaching or a rat climbing one of the towers, they open fire, eliminating the menace.

Temperature disparities between Low City and Mid City can cause weather anomalies like dirty rains, created by vapor condensation under the walkways of Mid City.

Low City’s biggest allure are the night clubs that are open 24/7. If you don’t come from this polis layer and you intend to visit it, take a few words of advice.


First, watch your account. Don’t let any suspicious-looking individual, even a kid, come near you without a good reason. Second, don’t believe everything you’re told. Third, think twice before going online using local equipment: it’s all knockoffs and patched-up salvage, infusion liquids are not original, and a “cheap gamepill” can damage your metabolic pathways.

So, if you decide to use local devices or medications – do it at your own risk.

Oh, and pay some kid to watch your stuff while you’re in VR. Don’t say I didn’t warn you.

In Gamedec, every decision is important, and the world around you constantly adapts to the decisions you make. The hero also adapts as the story progresses. Just like in “real” life, the consequences of your choices can be immediate, long-term, or even hidden – the latter most often surfacing when you least expect. Regardless of the decisions you make, the game will always remain neutral toward them. It’s up to you to evaluate them, bearing in mind the saying “you are the sum of your choices.”

The studio’s new game returns to the foundations of the RPG genre by adding mechanics like Deduction, Codex, and Aspects to allow for complex discussions, as players create or expose networks of conspiracies while discovering unusual relationships between virtual worlds. Gamedec’s paper-based RPG mechanics give players the freedom to approach situations from multiple perspectives, rather than by finding a single solution – the choice is ultimately theirs to make. 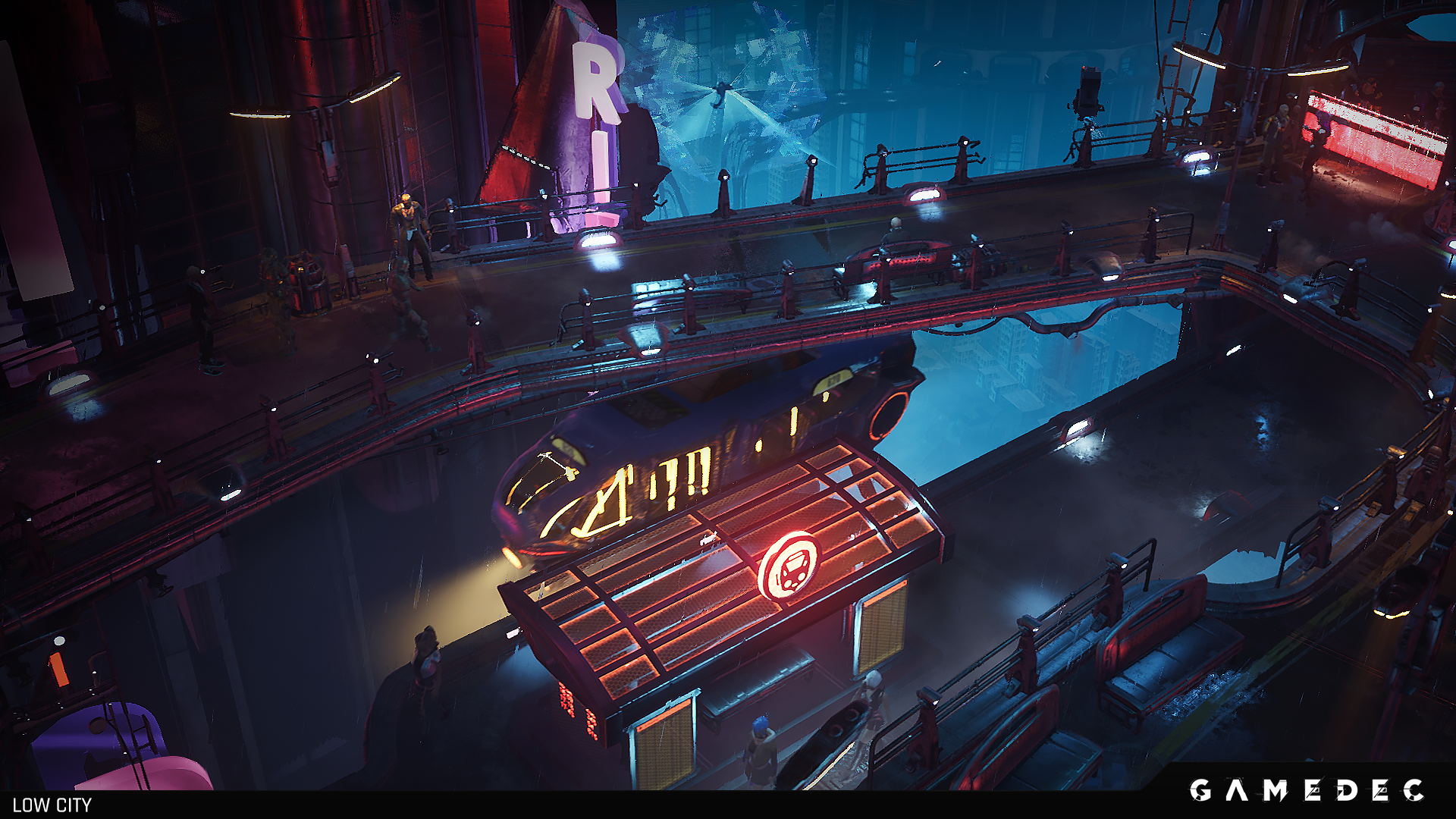 YOU ARE THE SUM OF YOUR CHOICES

Your goal is to hunt down the criminals of virtual worlds. Rich and spoiled businesspeople, mothers who want better lives for their children, or corporations with plans to rewrite history. Are they acting alone, or are they merely puppets? What does a "happy ending" mean to you? And to them? Each decision you make changes the world around you and your character’s personality. Some decisions will feel right and others will be unexpected. The game continually adapts to your choices and never judges – only you can judge yourself.

EXPLORE THE CYBERPUNK OF THE XXII CENTURY

Welcome to Warsaw City in the XXII century, where "real" is only relative and "life" and "death" have many meanings. Virtual worlds give rise to real problems: lust, sloth, envy, and pride. That’s why the citizens of these virtual worlds need specialists, or gamedecs, who discover and exploit weaknesses hidden in the realities of their clients. Whether it’s the Wild West or a prehistoric amusement park, these and many more worlds confront our human nature. Despite many changes, human nature has remained all too familiar…

EXPERIENCE THE ESSENCE OF ROLE-PLAYING

Fight conversational duels, discover or create schemes of deception, save lives, and investigate the extraordinary relationships between virtual worlds and their inhabitants. Gamedec emulates the nature of tabletop RPGs by focusing on character development through decision making. Like in classic tabletop RPGs, you are given the freedom to approach situations from multiple angles rather than forcing a single solution – remember that the choice is yours and yours alone. 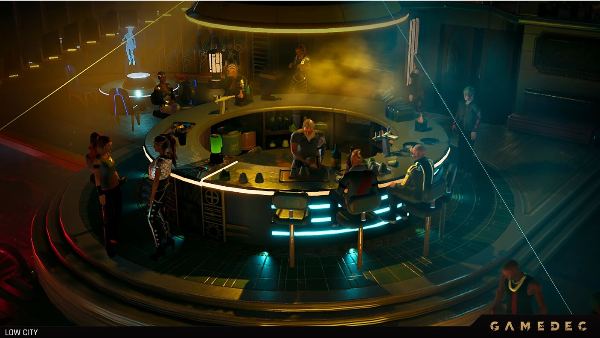 Gamedec is currently under development, and its release is planned for 2020.