Prey – Take a Tour of Talos I

From Bethesda:
In Prey, the aliens have escaped containment and taken over Talos I, but the game isn’t only about fighting the invasion or an epic journey to figure out who you are and how you’ll save humanity from the Typhon threat – it’s also about the space station itself. A shining testament to mankind’s unbridled ambitions, Talos I is full of secrets to discover and poses a unique threat all by itself. Take a tour of Talos I and get an inside look at the space station our latest video, below.

From the grandiose lobby to the industrial inner workings of the space station, Talos I holds something different around every turn. Early on, the entire station opens up for you to explore in almost any manner you like. As Morgan Yu, move freely throughout Talos I, and even return to previously explored areas to find big changes depending on how the story unfolds – or what actions the you’ve taken. You will also be able to go outside of the space station and fly around in zero gravity, using the exterior to navigate to a different area or to find additional secrets hidden outside Talos I. Be sure to check out Bethesda.net for even more insights from the team at Arkane Studios.


Also, we’ve teamed up with GameStop for the ‘Talos I Recruitment Sweepstakes’ where one lucky fan will win a grand prize trip to Space Camp along with a 4K Entertainment Center including a 65” TV, Home Theater Speaker System and Prey Custom Console. The sweepstakes run through Thursday, May 25th and are free to enter at: www.TranStarAwaits.com. You can check out the full sweepstakes rules and eligibility along with additional prizing here.

Set to launch worldwide on Friday, May 5th on Xbox One, PlayStation 4 and PC, Prey is the highly-anticipated first-person sci-fi action game from Arkane Studios - creators of the award-winning Dishonored series which includes the 2012 'Game of the Year' and the critically-acclaimed follow-up, Dishonored 2. In addition, a free Prey demo will be available on April 27th for PlayStation 4 and Xbox One, and will allow fans to board Talos I and play the opening hour before the game launches worldwide.

Here is my web site ... فلوکستین


Feel free to surf to my page; فلوکستین

Stop by my web-site: فلوکستین

Hey there! I could have sworn I've been to this blog before but after checking through some of the post I realized it's new to me.
Anyhow, I'm definitely glad I found it and I'll be book-marking and checking back often! farok
noveszto

I was suggested this website through my cousin. I'm
not certain whether or not this submit is written by means of him
as nobody else realize such unique about my difficulty. You are incredible!
Thank you! penis verlängerung pillen 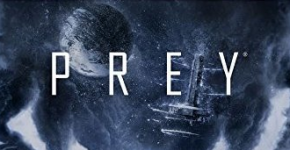