Ratatoskr, the Sly Messenger, has lived in the World Tree since time immemorial.Where he came from or why is truly unknown, but the master of gossip is now throwing verbal barbs, and many acorns, at SMITE’s toughest gods.

Ratatoskr relies on his speed and accuracy in battle. With his  “Acorn Blast” ability Ratatoskr launches four acorns outwards in a cone, each dealing scaleable damage. With his ultimate, “Through the Cosmos”, Ratatoskr charges briefly then leaps from the ground to a branch above his head. He then jumps to a new branch twice more, finally choosing a spot to land and deal damage. Ratatoskr’s abilities can be modified with the purchase of an “Acorn”, diversifying his builds and playstyles beyond what most other gods can offer.

Also added in this update is the new Summer of SMITE exclusive skin and item promotion. Check out some of the new skins below for Aphrodite, Sobek, Hercules, Zhong Zhon Kui, and of course, Ratatoskr.

i wanna one code pls 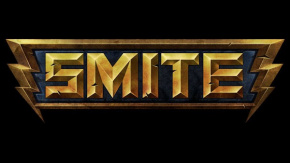